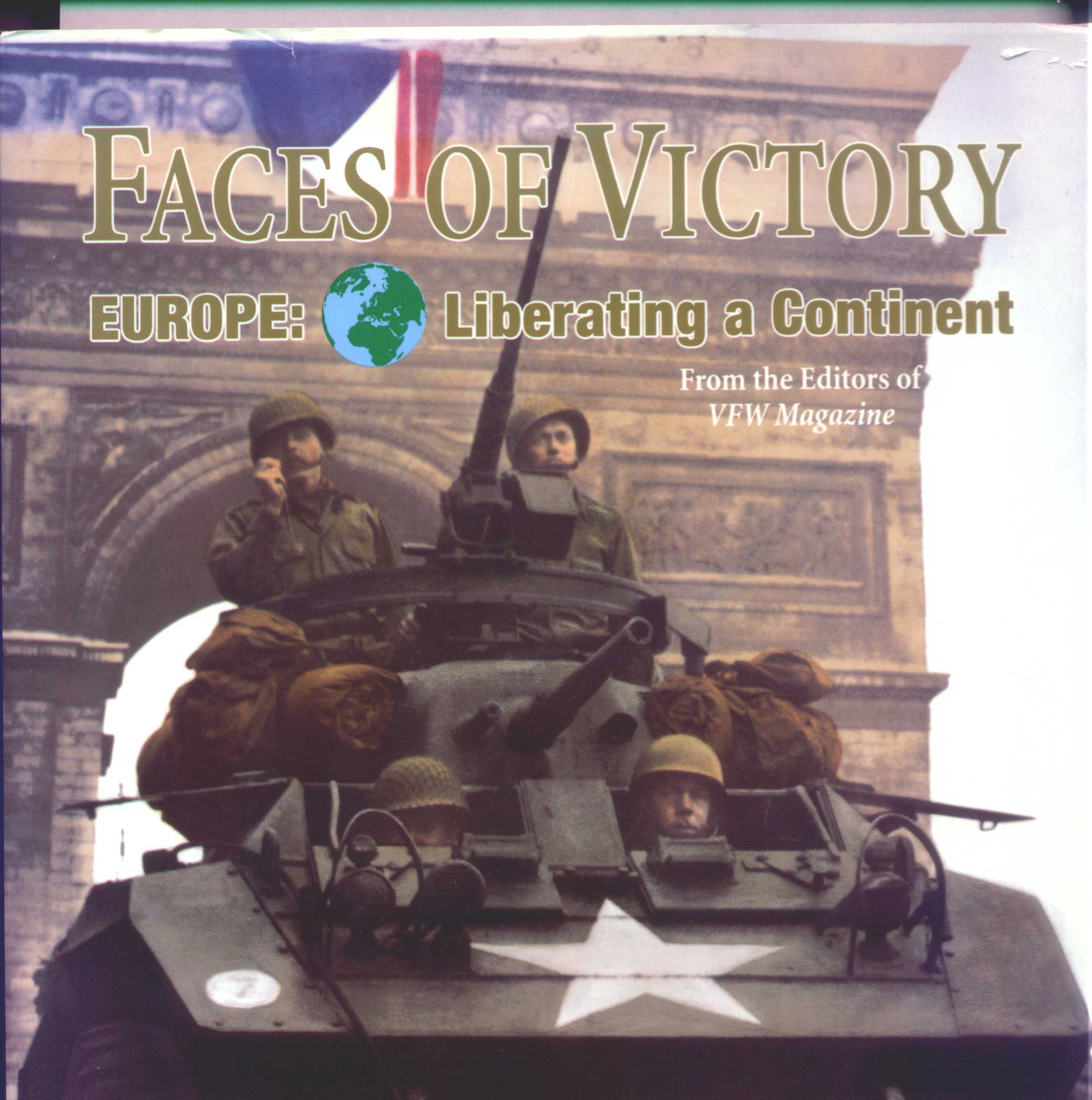 FACES OF VICTORY
Published by The VFW

FACES OF VICTORY - Except by David P. Colley

HORROR IN THE HUERTGEN FORST

Huertgen Forest receives little more than as asterisk in histories of World War II. It wasn't a battle in the traditional sense, with a distinct beginning and ending. And it can hardly be called a victory. Stalemate is a getter description.

Huertgen, nevertheless, grew into one of the bloodiest campaigns of the war, a classic meat grinder that began in September 1944, when the 9th Division attacked elements of the German 353rd Division in this dense, meticulously planted woods. American commanders regarded the Huertgen Forest as a threat to the flank of any thrust into Germany.

Yet areas of the Huertgen remained contested in February 1945 as the Allies began the final drive to bring Nazi Germany to its knees. In five months of brutal fighting, Huertgenwald consumed thousands of men and entire divisions, some of the finest in the U.S. Army. And to the men who fought in the Huertgen no other campaign or battle compared during the entire war.

"Well, the hedgerows in Normandy may have been bad," recalled Foster Gould, a 28th "Bloody Bucket" Division infantryman wounded in the forest.

"Huertgen was indescribable," said Ralph Johnson, a headquarters clerk with the 28th. He recalled his regimental commander receiving a message from Gen. Norman Cota, commander of the 28th, demanding to know why no medal recommendations had been sent to division headquarters. Johnson says regimental replied: "There's nobody left to make recommendations."

The Germans were undaunted and wily. They fought on home ground from concealed and interlocking bunkers and they infiltrated unseen between American positions to attack from the rear and the flanks. The terrain was hilly and darkened by the nearly impenetrable forest and a winter sun that set by mid-afternoon. The weather was as much the enemy as the Germans and their incessant shell bursts in the treetops.

The Battle of the Huertgen Forest developed from the Allies effort to reach the Rhine, a symbolic and real barrier to Germany's heart that had been inviolate since 1805 when Napoleon crossed it. The avenue of attack for the First Army lay through the Aachen Gap where, according to military historian John Keegen, "Eisenhower hoped that a concerted drive on either side of the ancient city of Aachen would allow a breakthrough to Cologne before the winter brought campaigning to an end."

To secure the right flank of the attack, "Gen. Courtney Hodges (First Army Commander) had to take the high ground in the vicinity of the Monschau Corridor, a task that involved clearing the German-infested Huertgen Forest," states Charles B. MacDonald in the official U.S. history, The Siegfried Line Campaign.

The job fell to Maj. Gen. Lawton Collins' VII Corps. His plan was to drive directly to the Roer river and seal off the forests. While Huertgen was but one of several forests in the area, it represented all surrounding woods and became the name of the furious battle.

The 9th Division arrived first into the Huertgen in mid-September and encountered a taste of what was to come - resolute and brutal defense by small numbers of the enemy...