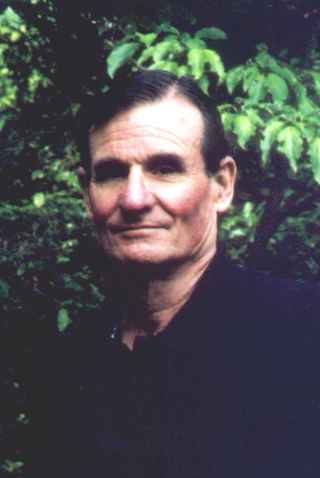 WHY I WRITE ABOUT
WORLD WAR TWO

My interest in World War Two dates back to the war itself when, as I child, I watched the events of that conflict mysteriously unfold. I recall the nightly news broadcasts and listened to my parents' conversations about the war and the men they knew who were fighting. I particularly remember the air raid drills when my brother and I raced about the house turning off all the lights. I would take up station by the living room window to watch for the air raid warden who patroled our neighborhood looking for the slightest ray of light that might betray a building and a city. Then when the drill was over a siren wailed in the distance to tell everyone they could turn their lights back on.
After the war the vets came home and they were Gods and I listened to their stories of war in far off, exotic lands. In the early 1950s my family moved to Europe where I became acquainted with the cost of war. I visited Monte Cassino in Italy and Bremen in Germany, both of which were demolished by allied bombing. In Austria we made play things of discarded German equipment, helmets, belt buckles and gas mask canisters. As a teenager I roamed the battlefields of Normandy and Verdun.
WWII fascinated me as it fascinates many others. I started writing about it in magazines and then turned to writing about unknown aspects of the war in books. I have written three books about the war and co-wrote another with writers for the VFW. At present I am working on a 5th book about General Jacob Devers and his 6th Army Group in France.
The fascination with WWII will long outlive the veterans of that war. The conflict will be studied and re-fought for years to come. Hopefully my books and articles will illuminate the history of World War Two.

David P. Colley is a full time author and freelance writer based in Easton, Pa. specializing in military history and military affairs. He is the author of five books relating to World War II and has written numerous articles on military matters ranging from a Popular Mechanics Magazine cover article on rebuilding aircraft carriers, and a piece on the proximity fuse for American Heritage, to a review on World War II history for the New York Times Book Review.
Colley’s books have won recognition and acclaim. Blood For Dignity, published in 2003 by St. Martin’s, was reviewed in the New York Times Book Review and the paperback edition was listed in the Book Review's New & Noteworthy Column in 2004. Movie rights for the book were sold to Village Roadshow Pictures. Colley has appeared on various History Channel programs on WWII and has been interviewed on Eye On Books.
In 2001 Colley’s book, The Road To Victory, received the Army Historical Foundation's Distinguished Writing Award. The book relates the history of the famed Red Ball Express in World War II.
Colley has written hundreds of articles on a variety of subjects that have appeared in such publications as the New York Times Travel Section, Historic Preservation, Army, World War II, Nation's Business and Sport. He was a contributing editor at Mechanical Engineering magazine and is the author or co-author of several other books.
Colley was born in San Francisco and raised in the U.S. and in Europe. He is a graduate of Kenyon College in Gambier, Ohio, and served in the Ordnance branch of the U.S. Army. After military service he became a journalist, first as a reporter and assistant city editor with the Trenton, N.J. Trentonian and later as a reporter with the Baltimore Evening Sun. During his journalism career he won numerous national and regional awards for excellence.
Colley has lived in France, and speaks French fluently, and has traveled widely through, Asia, Africa, South America as well as Europe and the United States. He lives with his wife Elizabeth Keegin Colley, a photographer, on College Hill in Easton. They have two sons, Padraic and Christopher.